Novosibirsk is the largest city in Siberia and the third largest city in Russia. The city is located on both sides of the Ob, the longest river in our country. And if we are talking about the very, very, then the metro in Novosibirsk with the longest metro bridge in the world. However, in addition to entertaining facts, the city has enough interesting places and activities. Read about some of them in this article.

Residents of Tomsk, Barnaul, Omsk and other nearby cities will be interested in spending a weekend in Novosibirsk, the road from which will not take long.

Approximate travel budget for one person: from 4,300 rubles.

Direct flight from Moscow will take about 4 hours. One-way ticket prices start at 4,000 rubles (on weekdays). 5-9 airlines fly daily from the capital of Russia to Novosibirsk.

The main symbol of the city is the Novosibirsk Opera and Ballet Theater. This is the largest theater building in Russia. The theater staff is a permanent participant and winner of various festivals, including international ones.
Focus on ballets with Denis Matvienko and Roman Polkovnikov, but the main star of the opera, gathering full houses, is Veronika Dzhioeva. By the way, all the operas come with subtitles. 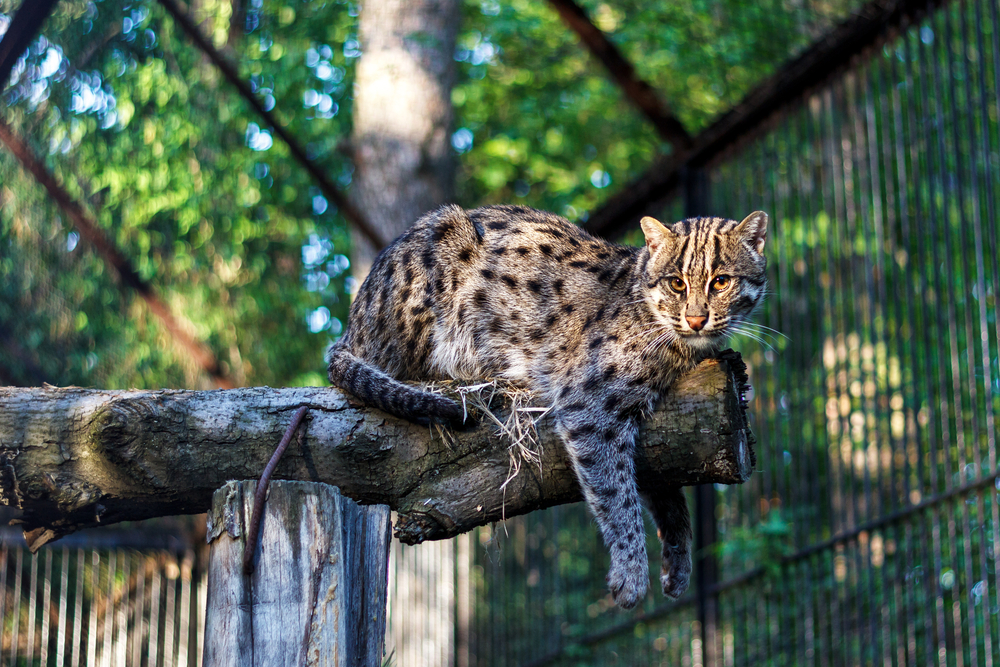 Novosibirsk residents are very proud of their zoo. Bengal tigers, penguins and even ligers live here – a hybrid of a lion and a tigress. Find an aviary with polar bears Kai and Gerda – they love to pose in front of the audience. If you’re lucky, you will also see a gloomy manul. The zoo has a dolphinarium with performances and a pond with ducks. And be sure to check out the shape-shifting house! 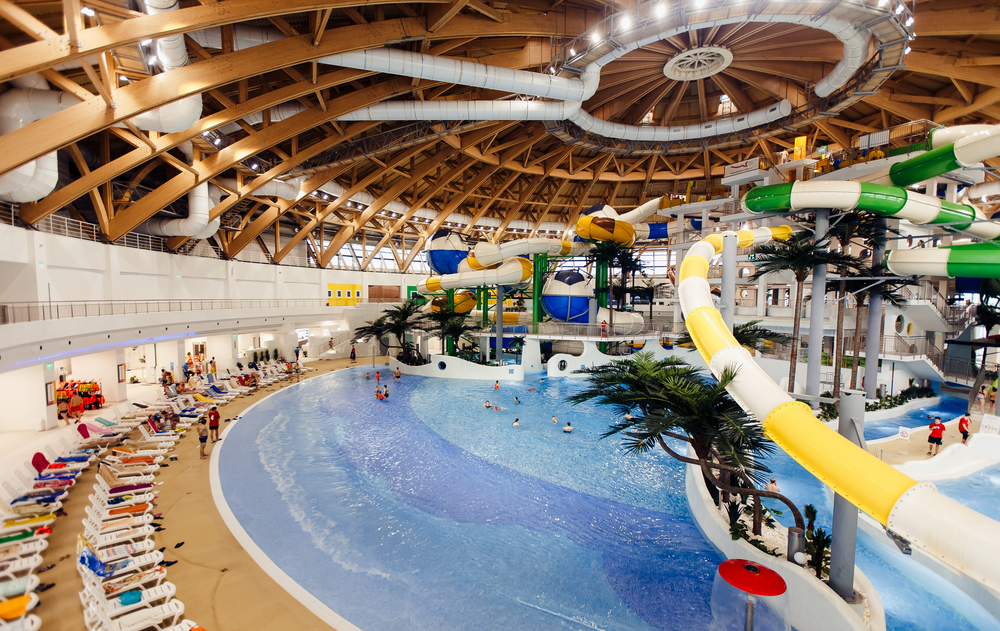 The Novosibirsk “Aquamir” is divided into two zones: a water park with slides and a thermal bath. For the first time, it is better to take a ticket to visit both zones and try everything without rushing. The most extreme place is the Water Loop slide 19 meters high and with a real loop! More relaxed travelers can ride on the bun that the current carries around the slides, or sway on the waves. To warm up after swimming, head to the sauna or bath in the thermal baths.
There is a cafe on the territory of the Aquapark. When planning your visit, keep in mind that Saturday is the busiest day. 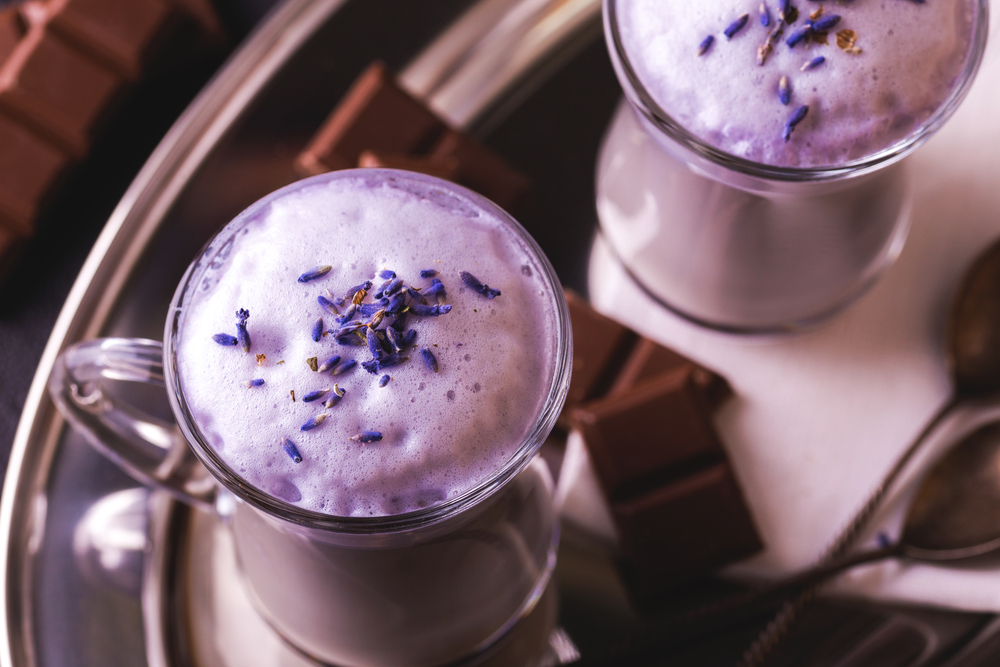 4. Citrus Raf at the Coffee Academy

The most delicious coffee drink is made at the Coffee Academy – it is citrus raff. It is prepared according to a proprietary recipe. The taste is moderately sweet, creamy and delicate. And, of course, vanilla foam, without which it is difficult to imagine raf.
Due to the popularity of the establishment, it can be noisy here and it is difficult to find a free table. Better order the takeaway raff. 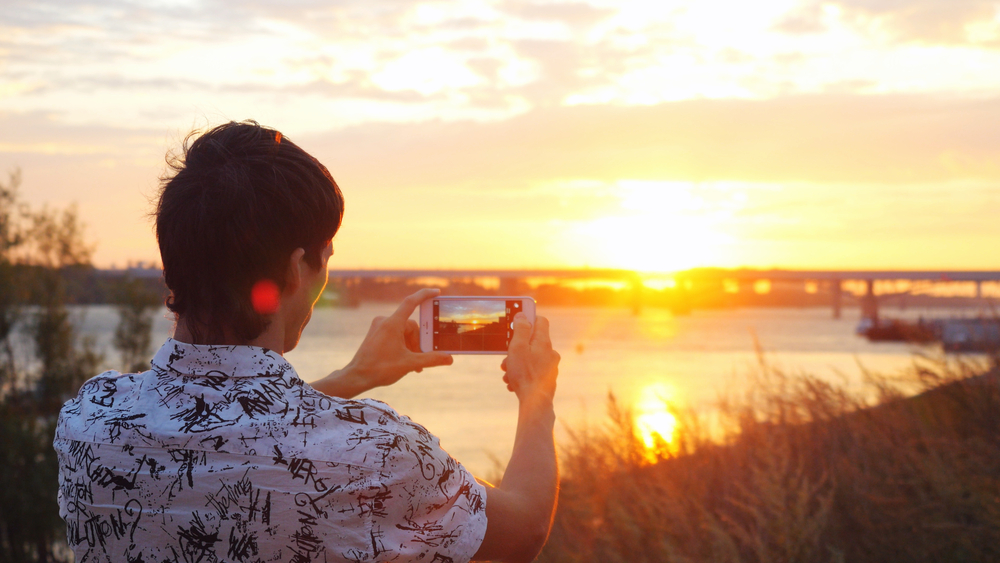 5. Excursions of the Novosibirsk Museum

The best way to learn about the history and secrets of the city is to join an excursion organized by the Novosibirsk Museum. Walk downtown with the avant-garde mystical program “Batman in Siberian Chicago”. Or take a look at Novosibirsk from a boat on a river excursion. In winter, excursionists are taken to the Novosibirsk-Glavny railway station and the city hall. If time permits, go on an excursion to the hydroelectric power station – this is a secret facility, closed to the public at normal times.

Working days and working hours – depending on the excursion.
Schedule and registration for excursions – on the official website of the Novosibirsk Museum. 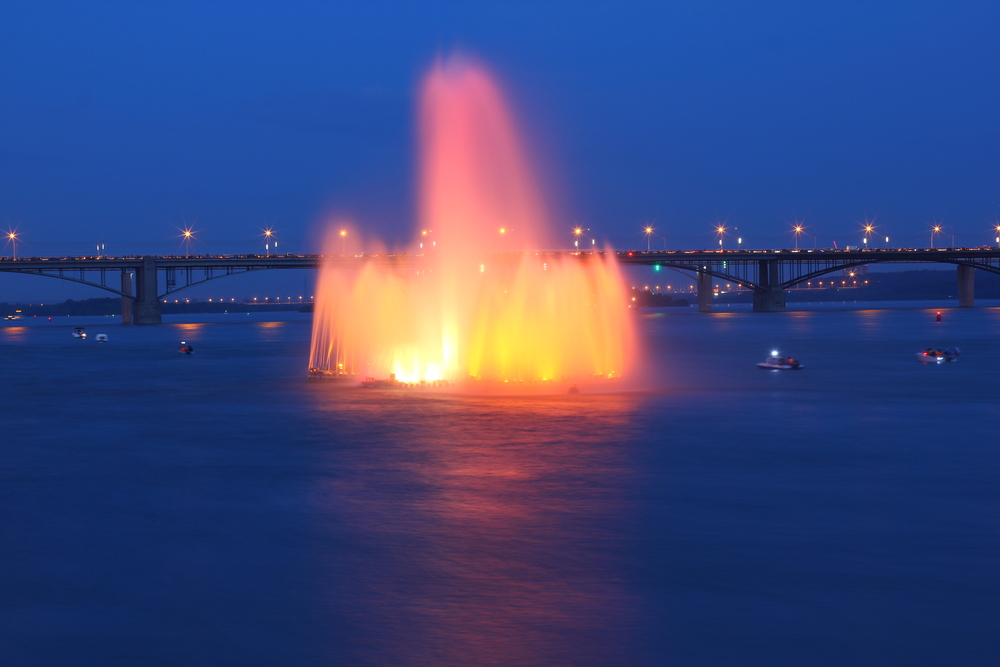 A three-jet fountain gushes directly from the Ob River. The best view of it opens from the City Principle Park, not far from the bus station. The fountain is open from May to September. In the evening, when it gets dark, color music is added to the fountain – the lighting and the height of the jets change. 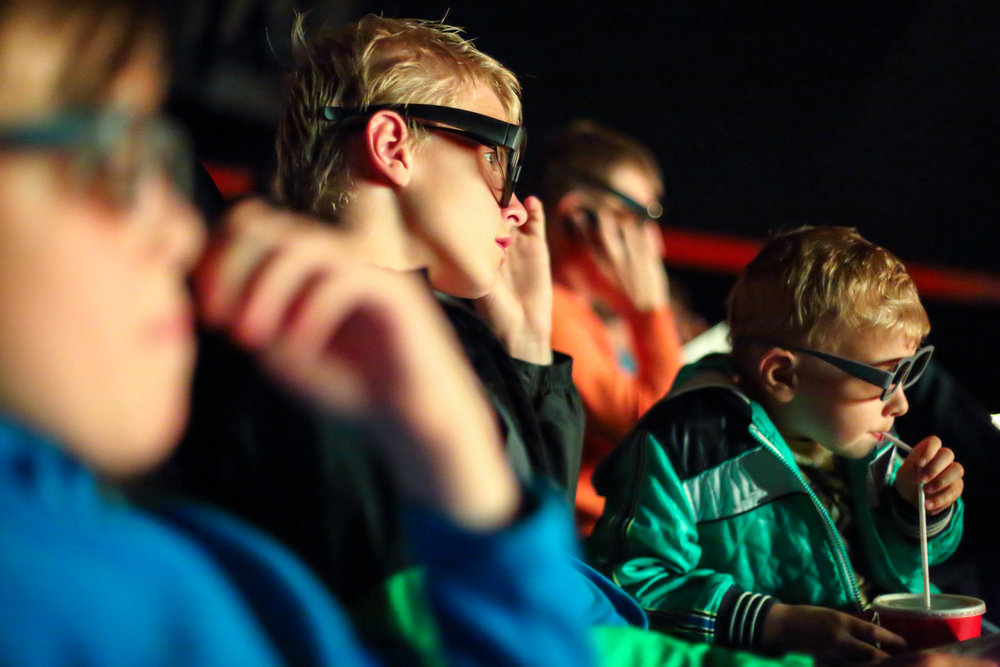 The first hall with IMAX beyond the Urals was opened in the cinema “Cinema Park” (SEC “Royal Park”) and is still the only one in Novosibirsk.
IMAX technology delivers the ultimate 3D movie experience. Especially well new technologies can revive Hollywood films: sound passes through the viewer, and a special screen uses peripheral vision.
By the way, glasses in IMAX are more convenient than in 3D – they can be worn over regular glasses. 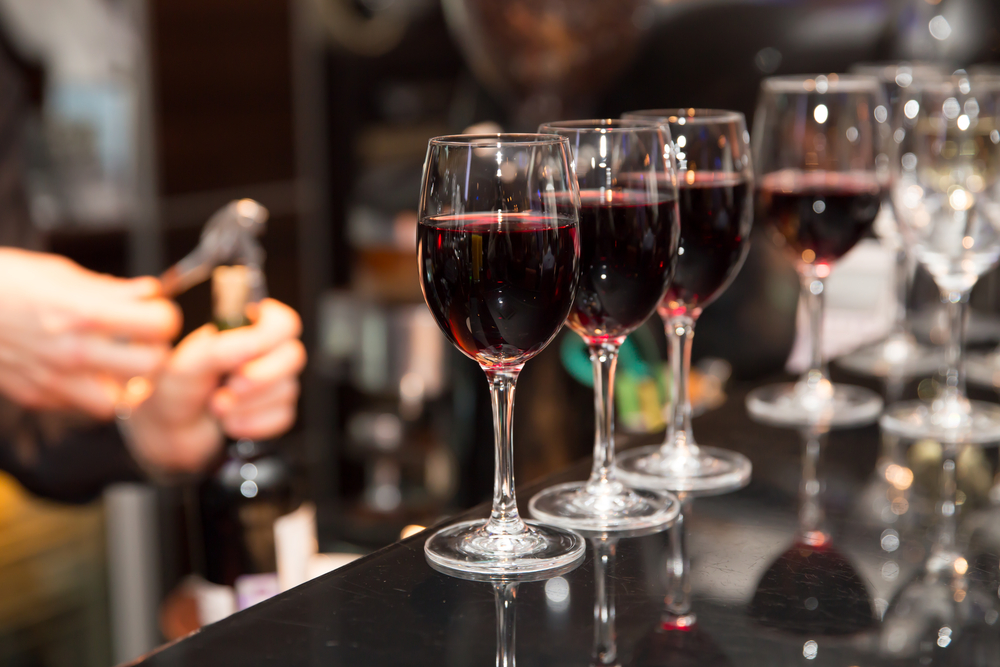 Wine bars are like any other – only instead of beer there is wine, and the atmosphere is more cultured. Wine can be taken by the glass or just a bottle. The waiter will help with the choice.
The best and relatively budget places are Library, Ruby and Pardon my French. By the way, there is a special offer at Ruby – they exchange a ticket from the Philharmonic or a museum that you visit on the same day for a glass of wine for free. 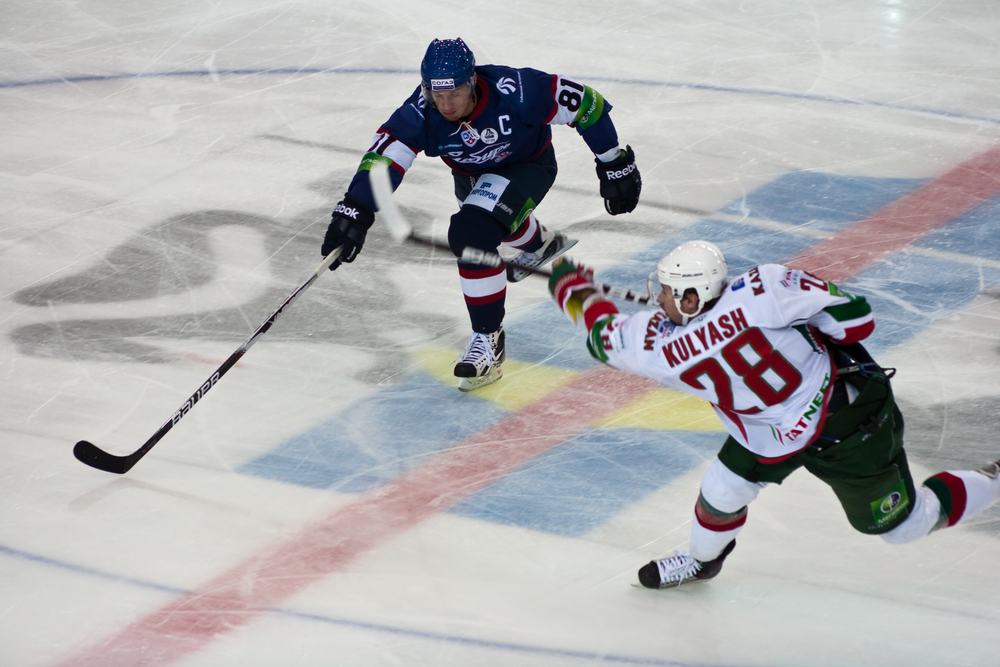 Hockey team “Siberia” – the bronze medalist of the KHL season 2014/2015 – works great with the audience. It is worth coming to the game at least in order to feel the special atmosphere that the players and fans of the club create together. When the whole audience in one impulse sings: “Forward, Siberia!”, Goose bumps march down the back.

Working days: the hockey season begins at the end of August and, if Siberia takes place in the playoffs, will last until April.
Schedule and tickets – on the official website of HC “Siberia”. 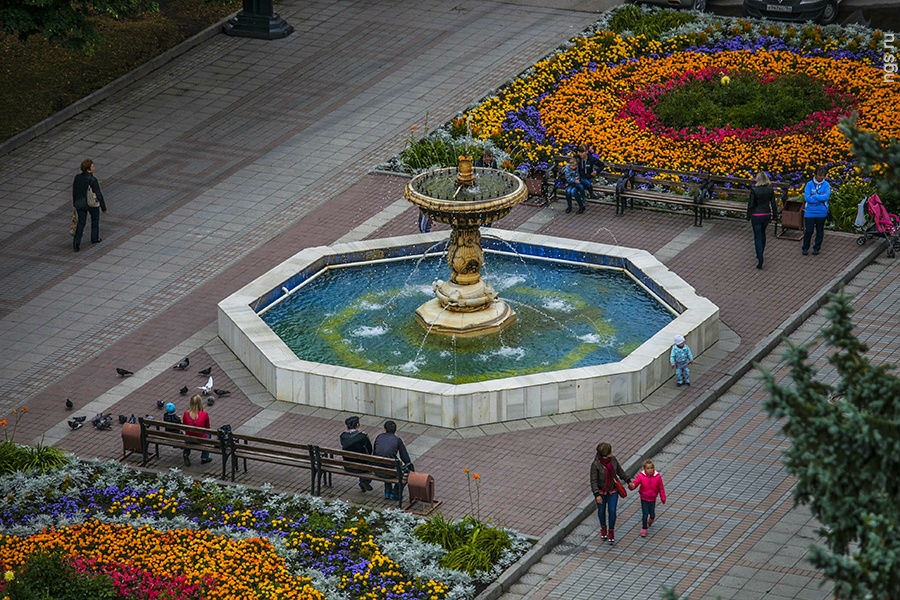 Bohdan Khmelnitsky Street is famous for its post-war buildings surrounded by firs, lime trees and rowan trees. Look around carefully while walking. Sculptures by architect Gennady Arbatsky are hidden in the most unexpected places. For example, a musician is hiding on a billboard, and Aibolit is standing in front of the pharmacy.
Walk around the Gorky Palace of Culture. Weddings are often photographed on its steps and balconies. And on Bogdashka there are semi-secret fairy-tale courtyards: “Alice” with card figures and arches (street 1 Krasnodonsky lane, 9) and “Gulliver” with a giant chair-slide (street 2 Krasnodonsky lane, 10).

If time permits, be sure to set aside a day to travel to Akademgorodok. It starts from the River Station, where future scientists and current startups are in line for the minibus.
The two buildings of the Academpark merge above Nikolaev Street, which is why the locals called them Gusy (by the way, the local brewery is also called). Walk along Lavrentiev Avenue and breathe in the air of freedom. It was to Akademgorodok that many prominent researchers left during Soviet times to make world discoveries. Their houses are located not far from Botsada. And at the intersection of Zolotodolinskaya and Maltseva streets there is a wonderful pond with ducks, which willingly pose for everyone.