When they say “Rostov”, they mean exactly Rostov-on-Don, although in Russia there is another city with the same name (Rostov the Great). In 2018, Rostov is preparing to host the FIFA World Cup, and therefore the city is being renewed quite quickly, attracting more and more tourists every day.
Where is it worth visiting if you are in the Don capital for just a couple of days?

It will be interesting to spend a weekend in Rostov-on-Don for residents of Krasnodar, Stavropol, and other nearby cities, the road from which will not take long.

Approximate travel budget for one person – from 4,100 rubles. *

It is remarkable for several reasons at once. First, there is a monument-stele to the Liberators of Rostov, the silhouette of which is probably familiar to many, because it is often used as a symbol of the Don capital. Secondly, there is also the Maxim Gorky Drama Theater, which gave the name to the square, and also serves as one of the main architectural attractions of the city. Thirdly, from the square it is easy to get into the most popular amusement parks among local residents – the park named after the October Revolution.

There are many trees and greenery in the park, there are attractions. It will be interesting to spend time here both for lovers of quiet walks surrounded by greenery, and for those who cannot imagine their weekends without cotton candy and funny rides down the hill.

Last year, the third largest Ferris wheel in Russia called “One Sky” was launched in the park. From his cockpit you can observe the panorama of the city from a height of 65 meters. One wheel revolution takes about 12 minutes.

The October Revolution Park is open daily and around the clock, without breaks and weekends.
The One Sky Ferris wheel also operates daily, but only from 10:00 to 02:00. **

The Drama Theater, like other theatrical and musical venues in the city, begins its concert activity in September and ends in June. 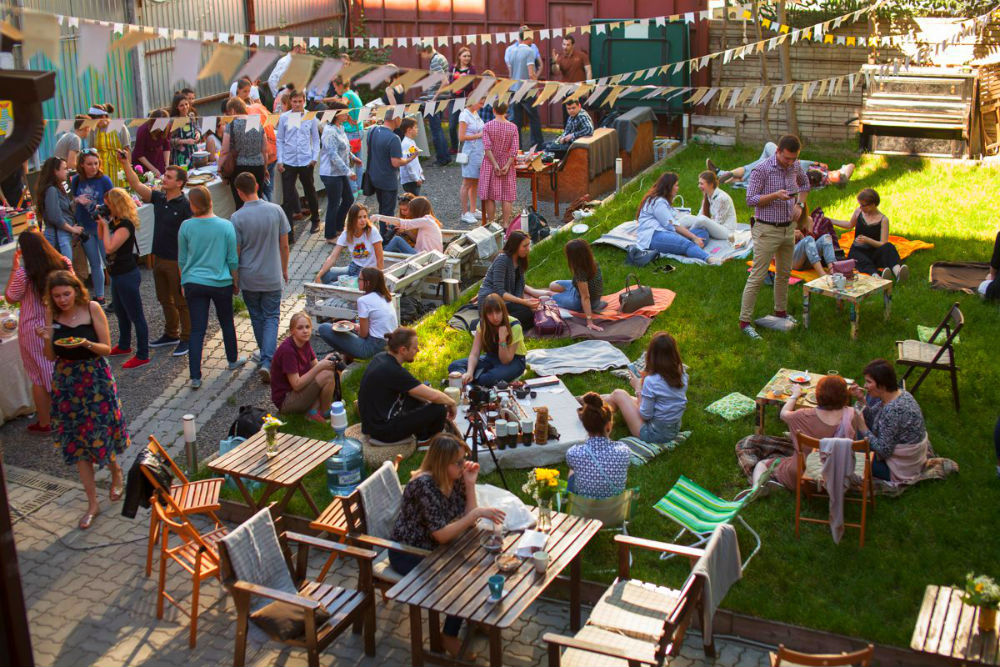 One of the most creative and creative places in the city, it works in the anti-cafe format, which means that you can eat and drink as much as you want, as well as use everything that this institution offers at your disposal, paying only for the time spent within its walls.

Ziferblat hosts music festivals, master classes in business and goal setting, cooking and others. In the courtyard of the cafe, in the warm season, there are tables for table tennis, where everyone can practice this sport. Films are shown on the open veranda on Wednesdays and Fridays.

READ  Kostroma mon amour: how fun and interesting to spend a weekend in the cradle of the Romanov dynasty 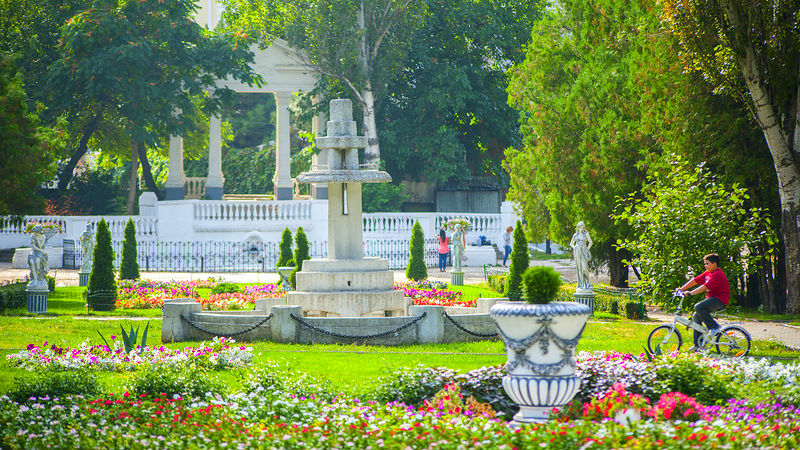 3. Park of culture and rest named after Maxim Gorky

The oldest in the Don capital, and therefore, perhaps, the most famous, it is divided into the so-called “upper” and “lower” parks. If in the “upper” part you can find attractions, numerous cafes, a green theater, a chess club, an arts and crafts fair and even a real observatory, then the “lower” part is the preserved fragments of the gardens that were laid out on this place in 1813 by the city head Andrey Yashchenko.

Working hours: around the clock, without breaks and days off.

The Rostov Zoo contains about 5000 animals, among which more than 100 species are included in the international Red Book.

Every day, during a demonstration of animal feeding, the zoo specialists tell visitors about the diet and life of animals in their natural habitat.

Here you can not only look at the pets of the menagerie, but also have a picnic on the grass by the reservoir. 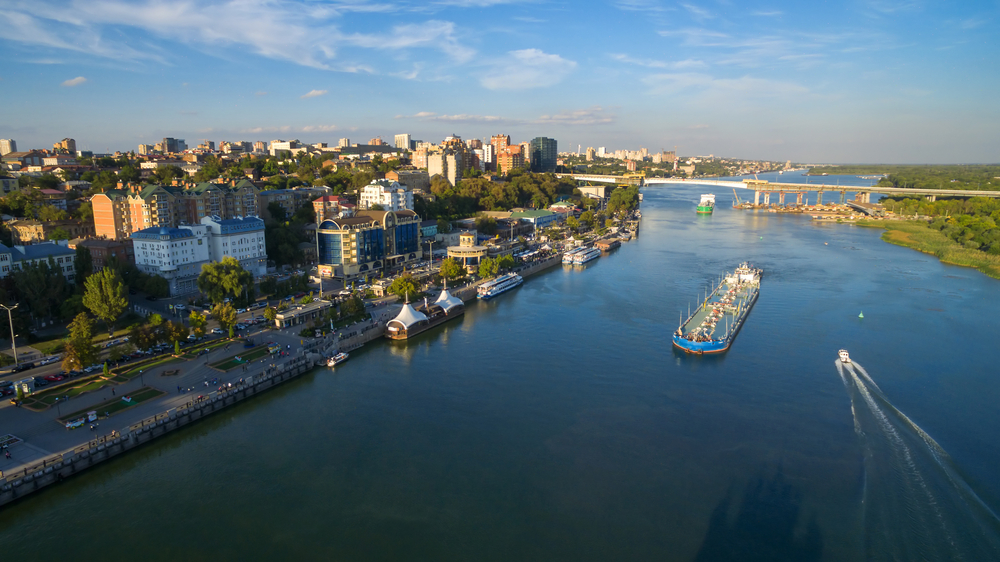 Another place where a Rostovite would certainly direct you is the embankment. In summer, it becomes a favorite vacation spot for local residents.

The light and music fountain “Petrovsky” is installed on the embankment, in the jets of which many adults and children like to cool off on a hot summer day.

Motor ships leave the city embankment for a river excursion every hour. While walking along the river, you will get acquainted with a brief history of the Don region, as well as have a snack and dance.

Motor ships operate round the clock. Ticket prices start at 270 rubles per person. 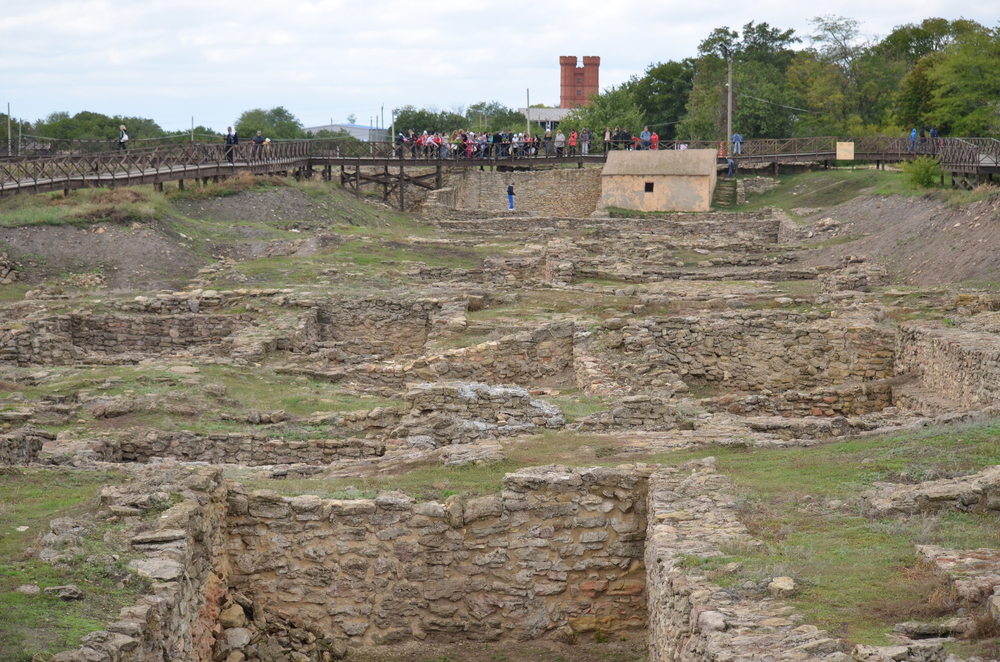 The Tanais Museum is one of the most famous archaeological museums on the territory of Russia, located a few tens of kilometers from the city and representing the ruins of a real ancient city, carefully preserved by Don specialists.

In Tanais you will find an “open-air” exposition – this is the majority of the explored sites of the settlement (about a tenth of the entire city). The exposition also includes large-scale reconstructions of antique buildings in the museum estate and a lapidarium – a collection of massive, voluminous finds, mostly made of stone. Items from the excavations stored in the reserves of the reserve number more than 140 thousand items. The funds have created a unique “Hall of amphora standards” – the only one in Europe where open storage of amphora containers is practiced. The museum estate also hosts the Museum of Historical Costume and a complex of thematic exhibitions of a historical, archaeological and artistic nature.

Museum working hours: 9:00 – 17:00, without breaks and days off. **
Address: 346813, Rostov region, Myasnikovsky district, Nedvigovka village.
Website: museum-tanais.ru
How to get there: by electric train Rostov-Taganrog; by buses Rostov-Shchedry No. 458, Rostov-Sinyavskoe No. 455 (departing from the Central Market). Stop – “Tanais”. Or by own motor transport on the Rostov-Taganrog highway. 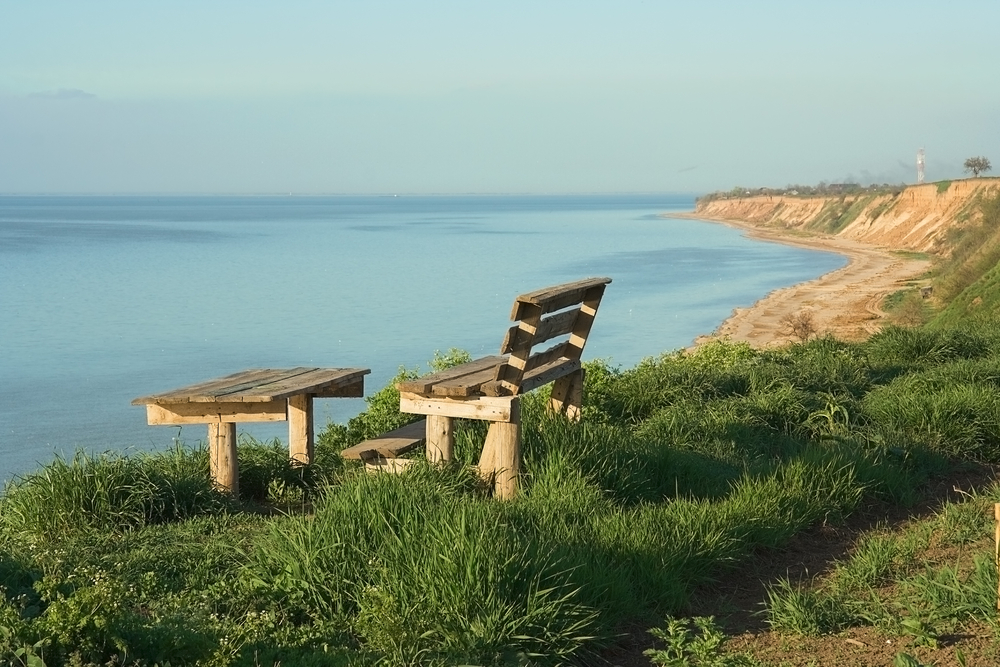 7. Beaches of the Azov Sea

Swimming is prohibited within the city on the Don – the water, as in many other megacities, is dirty. But on the other hand, in about 1.5 hours you can get to the Sea of ​​Azov and swim there, and at the same time see another city. Minibuses to Taganrog leave from the Central Bus Station of Rostov every half hour (one way fare is 130-160 rubles). The entrance to all city beaches is free, the shore and the bottom are covered with sand.

The most popular Taganrog beach is Sunny. The beach is equipped with changing cabins, cafes and water attractions.

Eliseevsky beach is located near Solnechny. On the beach there is a swimming pool, billiard room, and for children – a trampoline and inflatable slides.

The path to the Primorsky beach lies through the park of the same name, where the residents of the city like to relax in the shade of trees. There is a windsurfing school near the beach, where anyone can learn this sport. 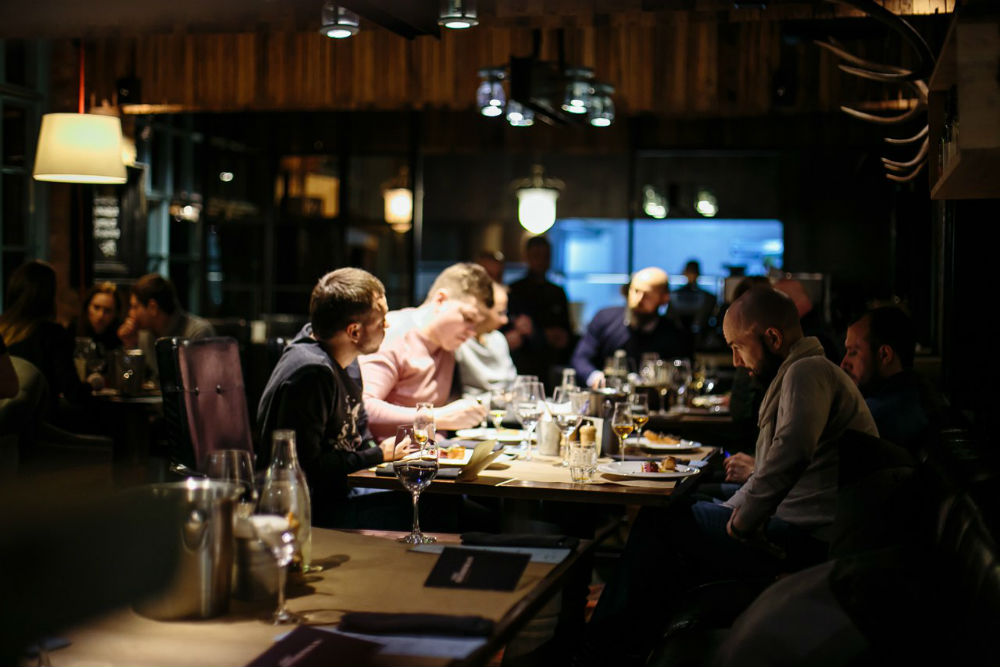 Continuing the gastronomic theme, one cannot fail to mention this amazing institution in every respect. Here, visitors can not only purchase organic products made on local farms, but also taste dishes from them. Their assortment is quite simple and unpretentious, but it is precisely this serving that will allow you to fully enjoy the rich taste of high-quality food.

Note that Hunky Dory is also a cultural space, where all kinds of exciting events are constantly taking place. Here you can get to a music festival, a creative meeting, and a photo exhibition – all this will turn your visit to this institution into a completely new form of cultural leisure. 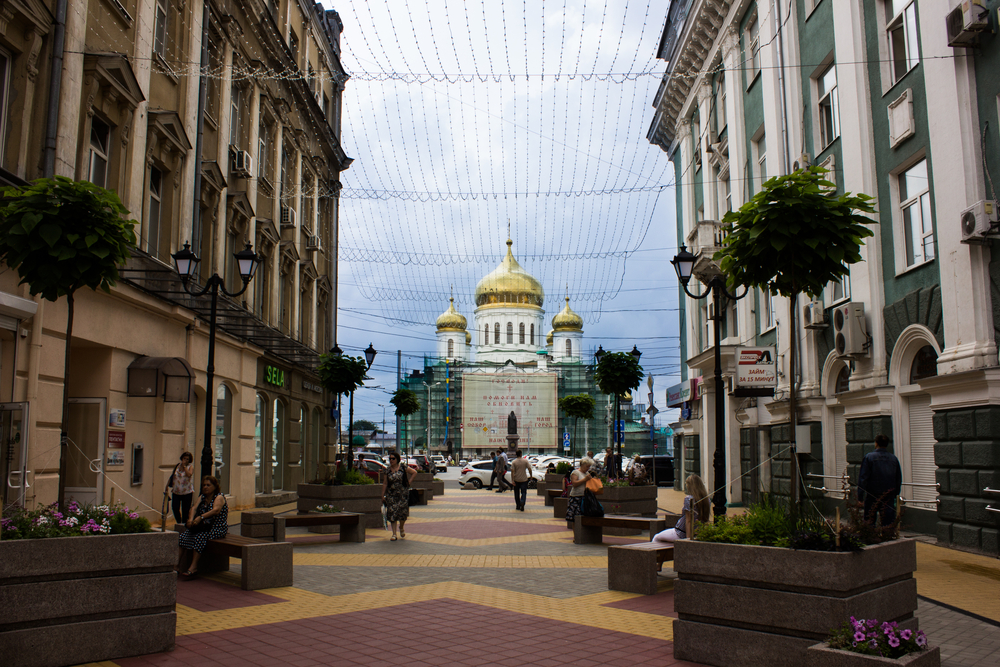 As part of the city’s preparations for the World Cup, Cathedral Lane underwent a large-scale reconstruction, turning from a nondescript narrow street into a place that is now called “Rostov Arbat”. Now it is a place of attraction and recreation not only for Rostovites, but also for all guests of the southern capital.

In addition to several art objects, as well as a pleasant environment, Sobornyi will delight guests with numerous catering points where you can take a break from a long walk and gain strength. In addition to many chain cafes and bakeries, you can find an extraordinary burger here – a place called Ketch Up Burgers, which has recently set the tone for everything that happens on this street. The owners of the establishment regularly hold various shows at the walls of the cafe with the participation of singers, magicians and fire tamers. The sight is truly mesmerizing, especially when there is a renovated street around, a warm southern evening and a plate with a juicy burger.

Ketch Up Burgers is one of the few places that serves so-called fitness burgers, so even those on a strict diet can enjoy their time here. 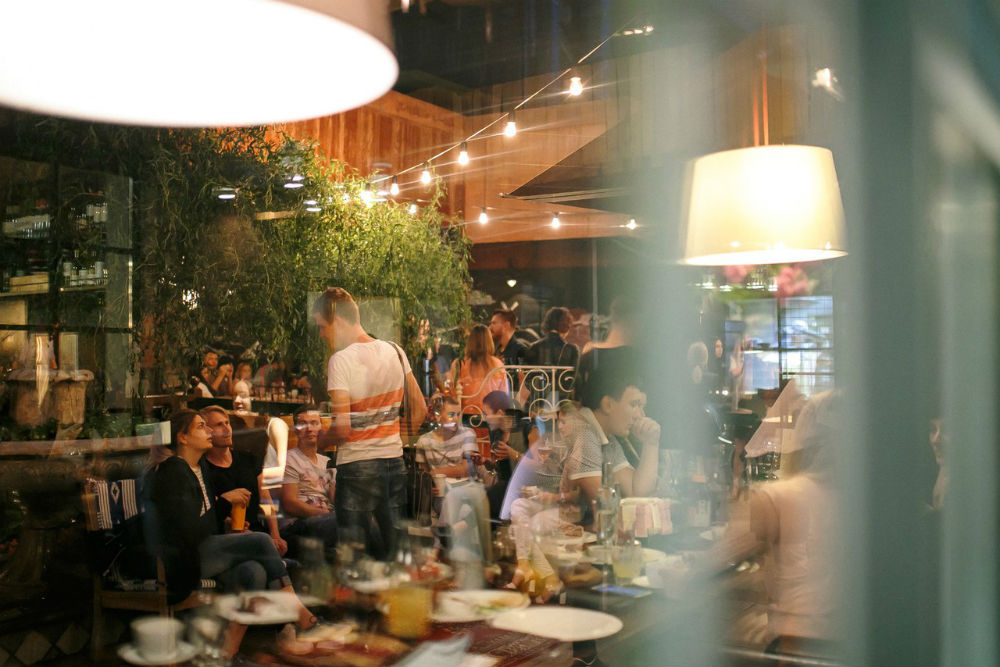 “Bukowski” is the leader in terms of “I advise you to see” It has excellent cuisine (American, European and Russian), a wide selection of drinks and live music. “Bukowski” is a place of attraction for creative people; musicians and poets, artists and bards, writers and designers regularly gather here. The gastropub is located at the same address as Hunky Dory & Dudes, so you can easily get to both places in one evening. 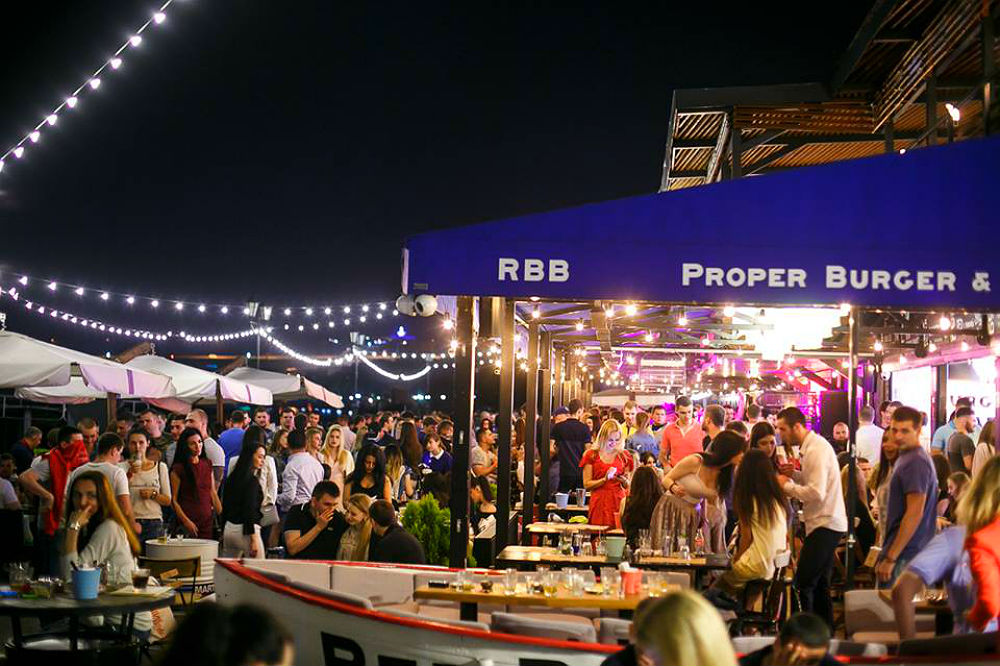 One of the most popular burger places in the Don capital. Having opened last year, the establishment is behind One of the most popular burger restaurants in Rostov. Having opened last year, the institution has gained such popularity in a matter of weeks that it is rather difficult to find a free table here. In addition to great burgers, Red Burger Bar has stunning views of the river and city promenade.

However, if you prefer calm and unhurried leisure, then Red Burger Bar is not for you. Since the establishment works only in the summer, and the Rostov nights in the summer, as you know, are warm and bright, the fun here does not subside for a minute. Concerts, discos, celebrations, master classes and tastings – all this is in the constant program of the institution, which seeks not only to feed, but also to amuse its guests. 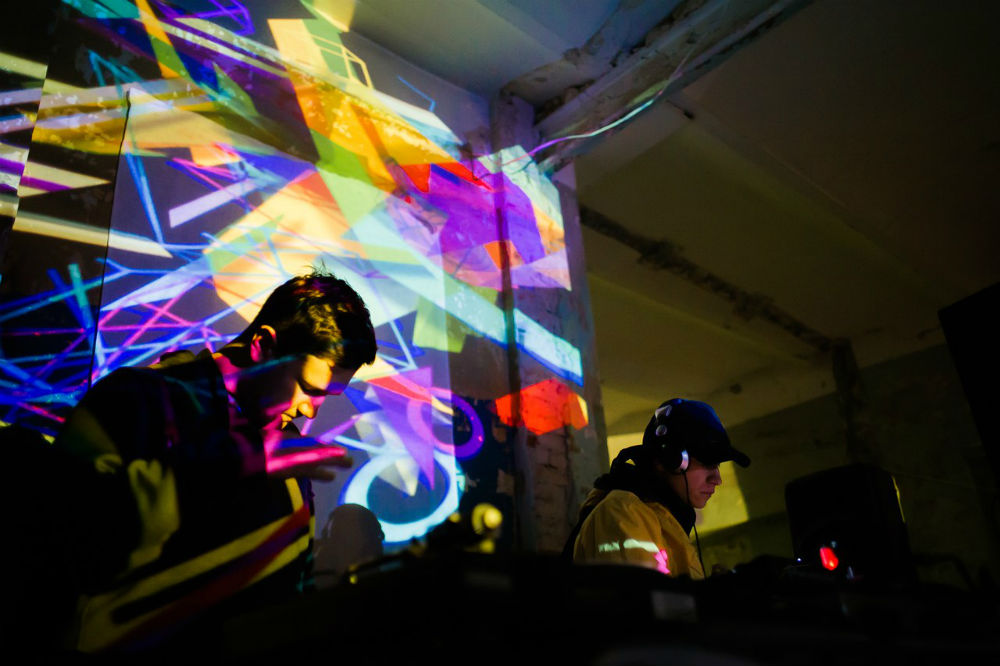 The territory is a creative and cultural space for active young people, as well as anyone interested in current trends and trends. Very often concerts of popular DJs and musicians take place there, gathering full halls and communicating with the audience with pleasure.