A weekend in Krasnodar: what to see in the city Beautiful, sunny Krasnodar is included in the ratings of the best cities from year to year and deservedly so. First of all, the number of parks, squares and flower beds, the amazing cleanliness and neatness of the streets is impressive. The narrow streets of the old center, paved with cobblestones, with preserved architectural monuments coexist with busy streets with endless traffic and glass high-rise buildings. In the capital of the Kuban, everyone will find a place to their liking.

It will be interesting to spend a weekend in Krasnodar for residents of Rostov-on-Don, Volgograd, Sochi, Novorossiysk and other nearby cities, the road from which will not take a little time.

Approximate travel budget for one person: from 4,500 rubles.

1. Krasnaya Street. This is the Arbat of a local scale: many monuments, city museums, the Musical and Drama Theaters, the Philharmonic and even the main temple are located on this street. In addition to architectural and historical monuments, there are many cafes and restaurants. Each gourmet will be able to choose an institution to his taste. On weekends, Krasnaya hosts fairs and performances by street artists. The total length of the street is 6 kilometers. 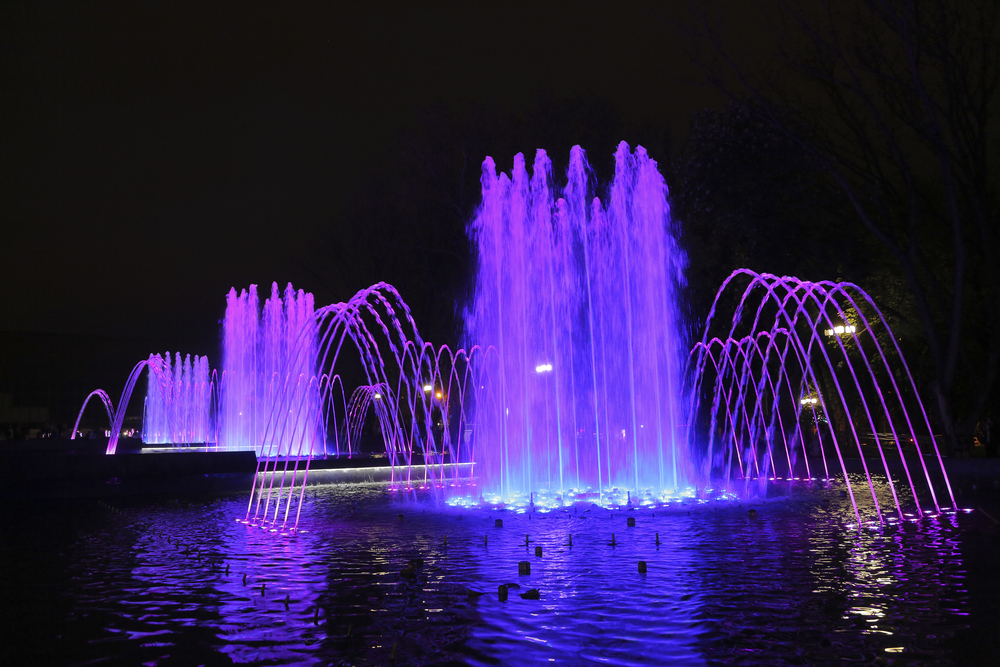 2. Singing fountain near the Aurora cinema. In 2014, a huge singing fountain appeared next to the famous cinema, the evening “performance” of which is really worth seeing. In the warm season, every day from 20:30 to 23:00, any passer-by can watch a light and music show performed to classical music. The jets of water soaring into the air to the height of a 5-storey building is a grandiose and incredibly impressive sight.

READ  Kostroma mon amour: how fun and interesting to spend a weekend in the cradle of the Romanov dynasty 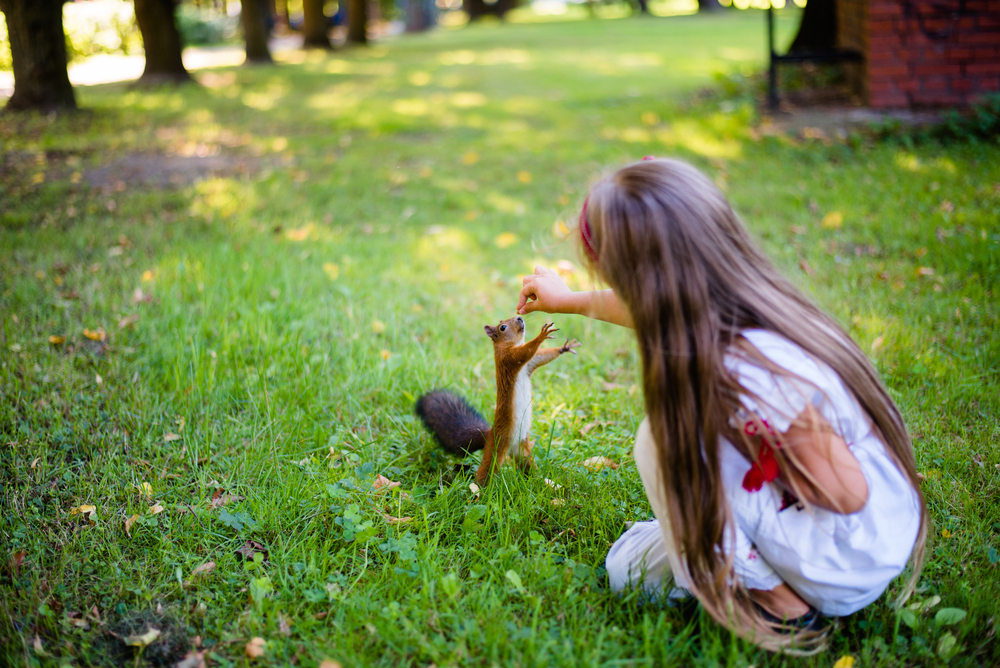 3. Park Sunny Island. One of the favorite vacation spots for Krasnodar residents. The park is actually located on an island with an area of ​​over 39 hectares. On its territory you can find entertainment for every taste and age. There is a tennis court, an ice skating rink (only open in winter), an amusement park, an upside-down house, various cafes, restaurants and the largest private zoo in Russia – Safari Park with an area of ​​9 hectares. The zoo is home to giraffes, tigers, hippos, lemurs, monkeys and other animals: about 120 species and more than 1500 individuals from all over the world. Many children are especially impressed by the Dinopark – the territory inside the zoo, inhabited by realistic moving figures of dinosaurs – there are only about a hundred exhibits.
When visiting the zoo, be sure to bring a treat for the squirrels – they are completely tame here. 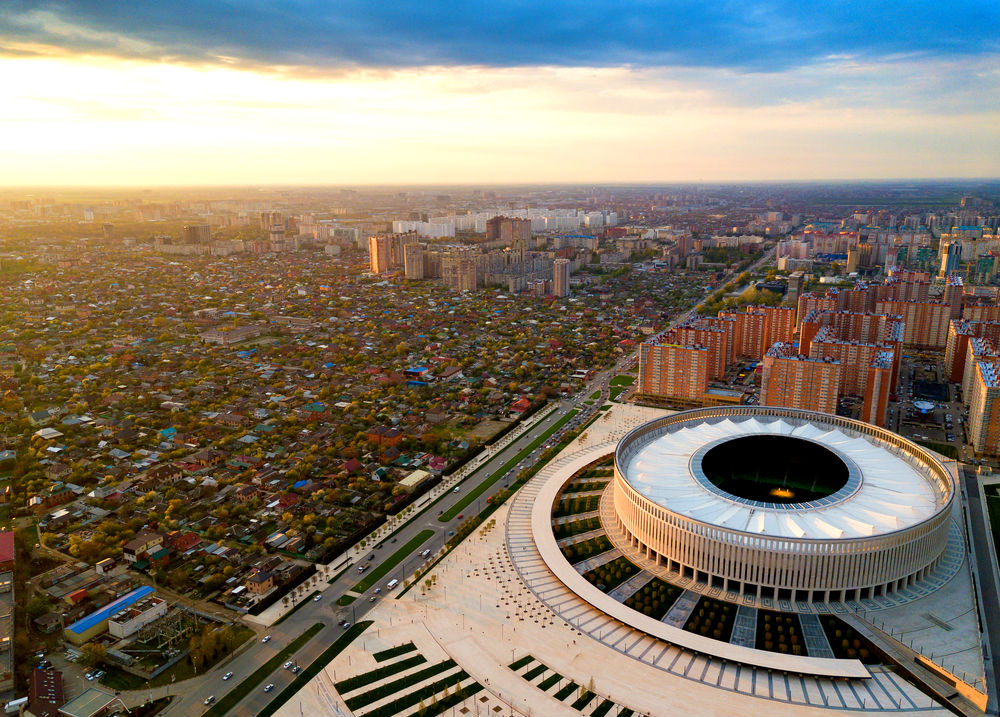 4. Stadium FC Krasnodar. In 2016, a new grandiose landmark appeared in the city – the stadium of the Krasnodar football club for 34 thousand seats. Every resident of the city knows that the stadium was built by a private person – the owner of the retail chain “Magnit” Sergei Galitsky, the construction took 3 years and 20 billion rubles. The UEFA Commission has assigned the stadium the highest, fourth category, and of course we advise every guest to visit it. You cannot enter the stadium outside of the season, so you should plan your trip taking into account the schedule of the games, which can be viewed here. Impressive architecture, well-groomed area around, a large and unusual park nearby, interior equipment with the latest technology – all this deserves attention. 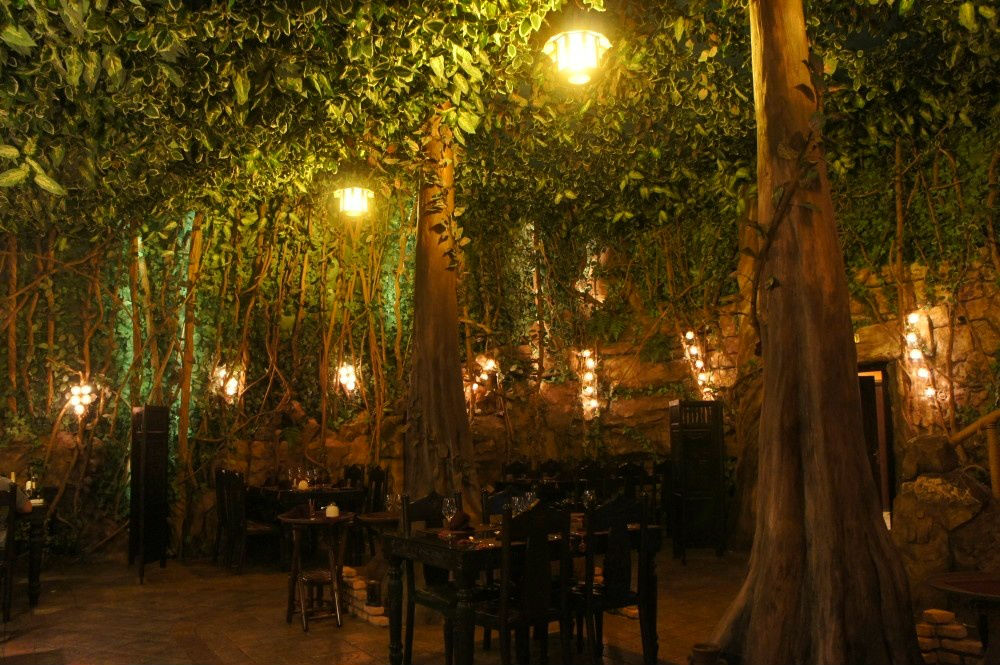 5. Thai Restaurant (THAI). For food hunters, visit the atmospheric THAI Restaurant. Its peculiarity is in an unusual interior, stylized as a tropical forest. Large exotic trees are entwined with lianas, the walls resemble the ruins of an ancient temple, and twilight reigns around. The menu is composed of Thai dishes. 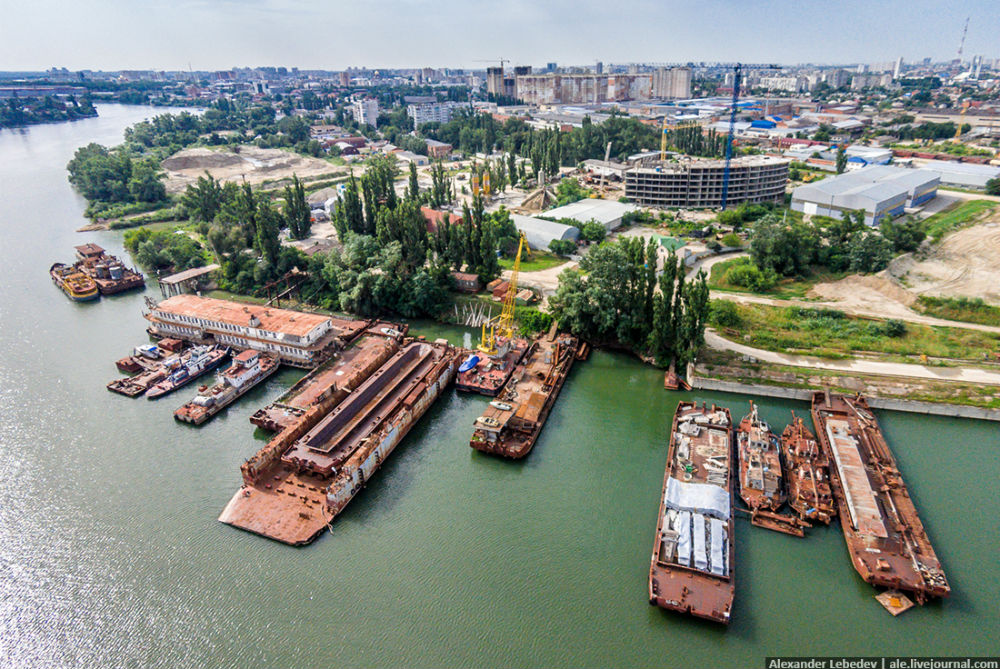 6. River ship cemetery. On the site of the old cargo port, relatively close to the city center, abandoned barges while away their days in the backwater. This place is quite specific and gloomy, but very interesting. Old barges and cranes, docks and outbuildings are on both sides of the backwater. It is quite clean here and there is practically no debris typical of abandoned places. 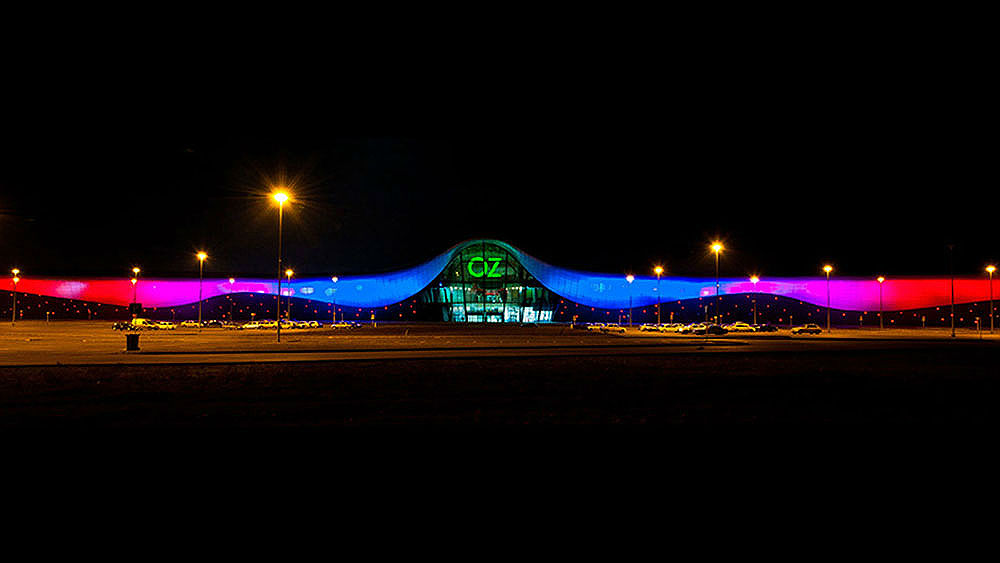 7. Shopping and entertainment center Oz Mall and Minopolis children’s city. Oz-mall is famous for its “space”, very original architecture. The interior is quite consistent with the exterior and resembles a space station from science fiction films. The range of goods here is quite traditional, but one of the children’s entertainment centers is worth going here even from the other end of the city. It is called Minopolis. This place is unique for Krasnodar – on an area of ​​more than 5000 square meters a real city has been built for children, with all the necessary infrastructure. Each new “resident” of the city is required to receive a passport and some amount of cash. Then everything is like in life – you can start earning, or you can spend everything. 150 different professions are available for children from 4 to 14 years old, each of which has its own difficulties and characteristics. Children under 7 years old are allowed into the city only accompanied by their parents; children over 7 years old can stay on the territory on their own. 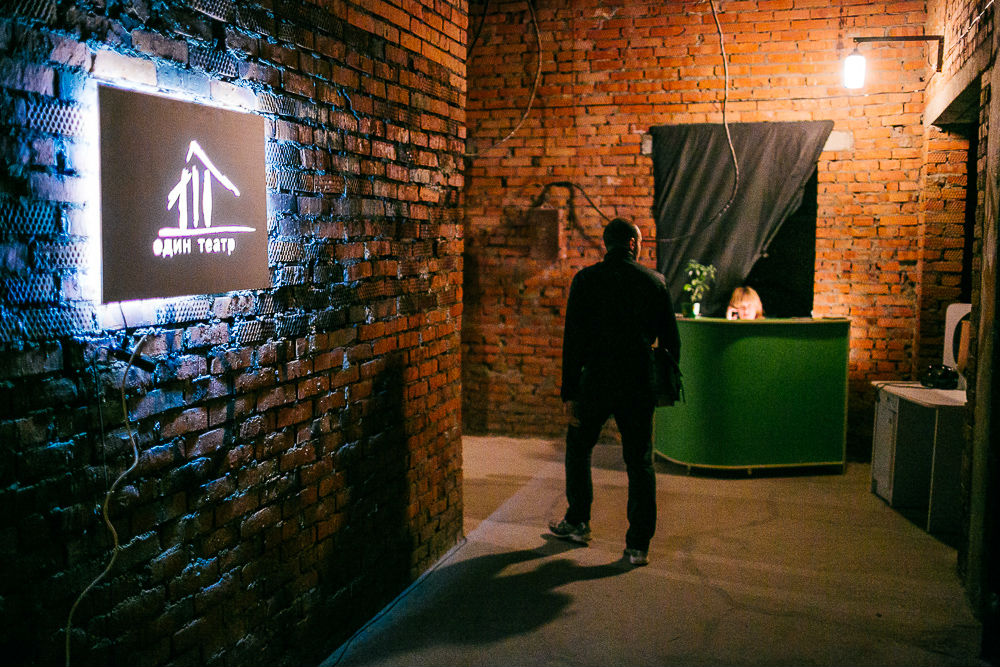 8. One Theater. A very atmospheric and pleasant theater with non-standard author’s performances. The cozy interior with various decorative elements in the loft style captivates and enchants. The theater was created in an old Soviet building, which the authors of the project deliberately did not restore, only equipped it with everything necessary and added elements of art decor. Theatrical performances that can be seen in the One Theater are also far from classical. A minimum of decorations and make-up, a maximum of human feelings and experiences. 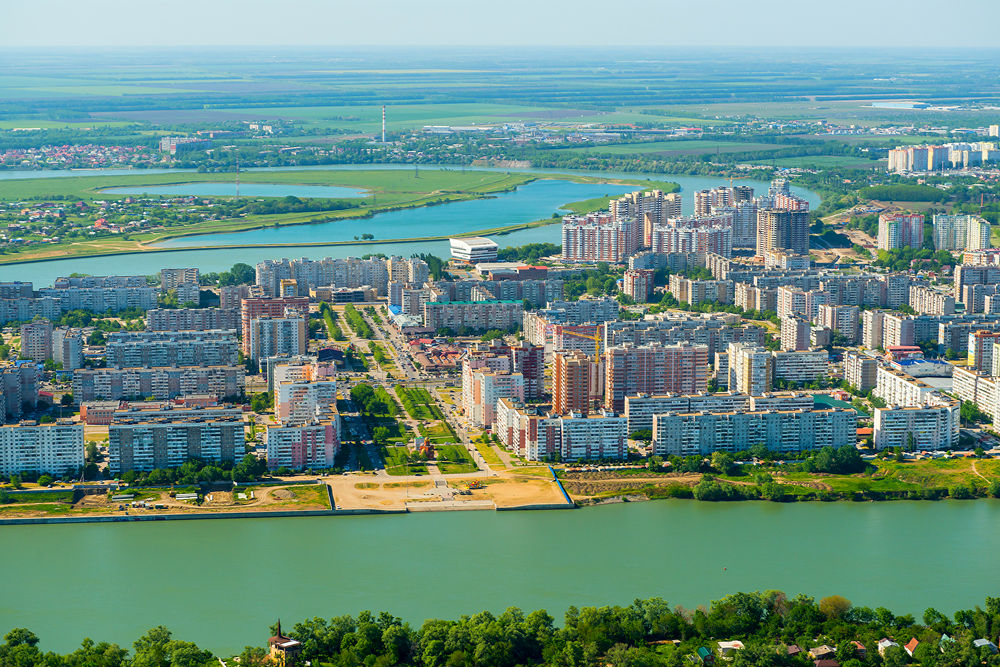 9. Rest on the water. When summer heat descends on the city, all residents strive for reservoirs. The most popular recreation areas near the water in Krasnodar are the banks of the Kuban River and the Krasnodar reservoir. Of course, they are not suitable for swimming, you can even get a fine for this, but it is quite possible to have a good time, fish well and barbecue there.

The shores of the Krasnodar reservoir are practically not equipped for tourism. Here you can settle down either at one of the few recreation centers, or have a rest as a “savage”.

The Kuban River, flowing within the city, is much better suited – the bank is refined and conducive to walks. The most picturesque section of the embankment passes through the territory of the park named after the 30th anniversary of victory and starts from the Bridge of Kisses – a symbolic place for all newlyweds and lovers. In the depths of the park is the Olympus sports complex. Next to it, in 2016, three outdoor pools were built, which can be visited completely free of charge. Of course, it should be borne in mind that there are always enough people who want to buy there. Continuing the theme of pools, it is worth talking about an unusual format for Krasnodar – a pool on the roof of the 16-storey Development-South business center, from where a beautiful view of the city opens.

* Prices for travel and accommodation are indicated at the time of writing. The cost indicated in the material and the final price may differ, depending on the season and the time for which tickets are purchased. Ufa, the capital of the Republic of Bashkortostan, is a green peninsula surrounded by three rivers, and at the same time, it is a city on the hills, with karst caves and underground springs. If you put all this in one picture, you will understand the uniqueness of the Bashkir… 11 ideas for a weekend in Novosibirsk Intellectual tourism: we go for a weekend to Voronezh

Voronezh has long been called the intellectual center of central Russia and the capital of the Chernozem region – the intelligentsia has always played a significant role in the life of the city, where about 100 thousand students study today and seven large state universities operate. However, the federal media…