What to see in Chelyabinsk in 2 days Chelyabinsk residents call their city the capital of the Southern Urals, which is incorrect from the point of view of geography, but reflects the essence of the city. It is a large metropolis south of Yekaterinburg and east of the Ural Mountains, famous for its mighty metallurgical plants, space cataclysms and the all-Russian meme – “tough men.” The latter, however, is a myth: a very hospitable people live here, who know a lot about entertainment of a very different order.

It will be interesting to spend a weekend in Chelyabinsk for residents of Yekaterinburg, Ufa, Tyumen, Perm and other nearby cities, the road from which will not take long.
Approximate travel budget for one person – from 4,000 rubles. *

It is worth starting your acquaintance with the city from Kirovka, a pedestrian street in the very center of the city. The symbolic gate of Kirovka overlooks the main square of Chelyabinsk, it is not long in length, but there is something to see here: it is on the Chelyabinsk Arbat that you can see a combination of old merchant buildings and modern high-rise office centers, rare for megacities, take pictures next to the sculptures of a policeman, a beggar, flirtatious fashionistas or a guitarist painfully reminiscent of Alexander Rosenbaum. Do not ignore Lefty with his metal flea and cast-iron camels, who must have escaped from the city’s coat of arms.

Here, in Kirovka, you can listen to street musicians, watch the performances of artists, take part in regularly occurring flash mobs on a variety of topics, visit boutiques. And if you are tired and hungry, then numerous cafes and bars are always happy to open their doors. In the Irish pub Fox & Goose, for example, at one time the presidents of Russia and Kazakhstan, Vladimir Putin and Nursultan Nazarbayev, did not disdain to treat themselves to beer. And in the late afternoon, you should visit the MeetPoint network with its dance floor – there are not only excellent steaks and kebabs, but also mind-blowing themed parties. 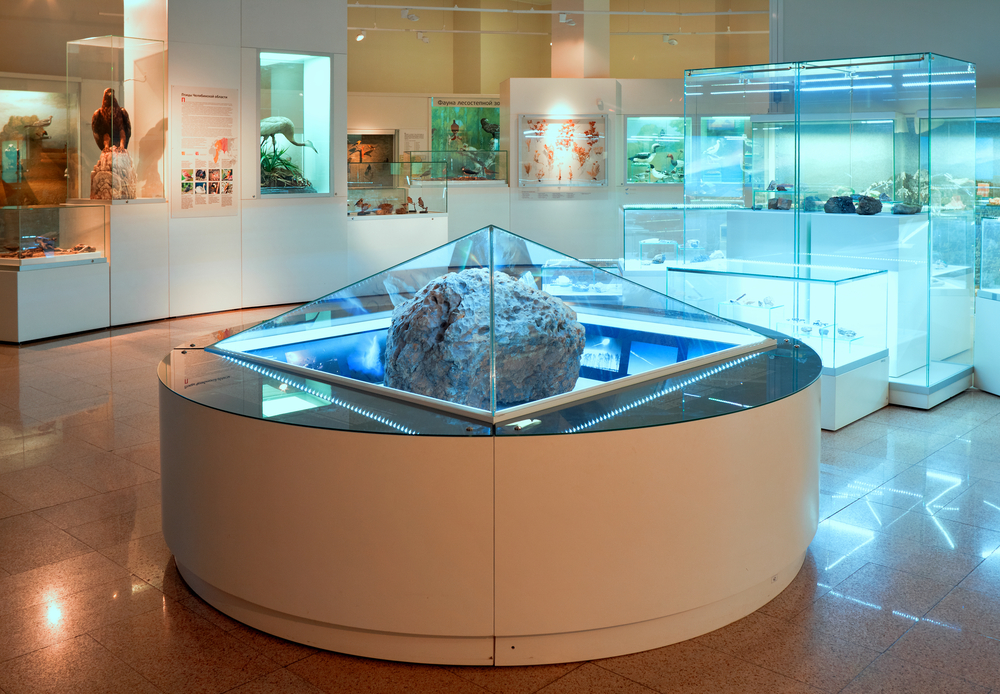 2. Local history museum with the remains of the famous meteorite

After completing your tour of Kirovka, do not be too lazy to walk just a couple of hundred meters: on the bank of the Miass River, the main and only, albeit fairly overgrown, waterway of Chelyabinsk, there is a regional museum of local lore. Prices are reasonable, guides are friendly. Here you can admire the tusks of prehistoric South Ural mammoths and sabers of quite historical Bashkirs and Tatars who have lived in the South Urals for centuries. And from recent history – a hefty piece of the Chelyabinsk meteorite that flew over the city on February 15, 2013. The space visitor fell into Lake Chebarkul 80 kilometers from Chelyabinsk, but even while flying past, he managed to mess things up: the area of ​​windows knocked out by a sound wave can be measured in square kilometers, and how many Chelyabinsk residents spent nerves trying to call relatives and friends and convince them that it was meteorite, not World War III – no medical institute can count.

By the way, souvenirs are also available in the museum. At one time, both here and at flea markets in different parts of the city “with a bang” spirits “with the smell of a meteorite” and even pieces of molten metal, supposedly of the same heavenly iron, went off. 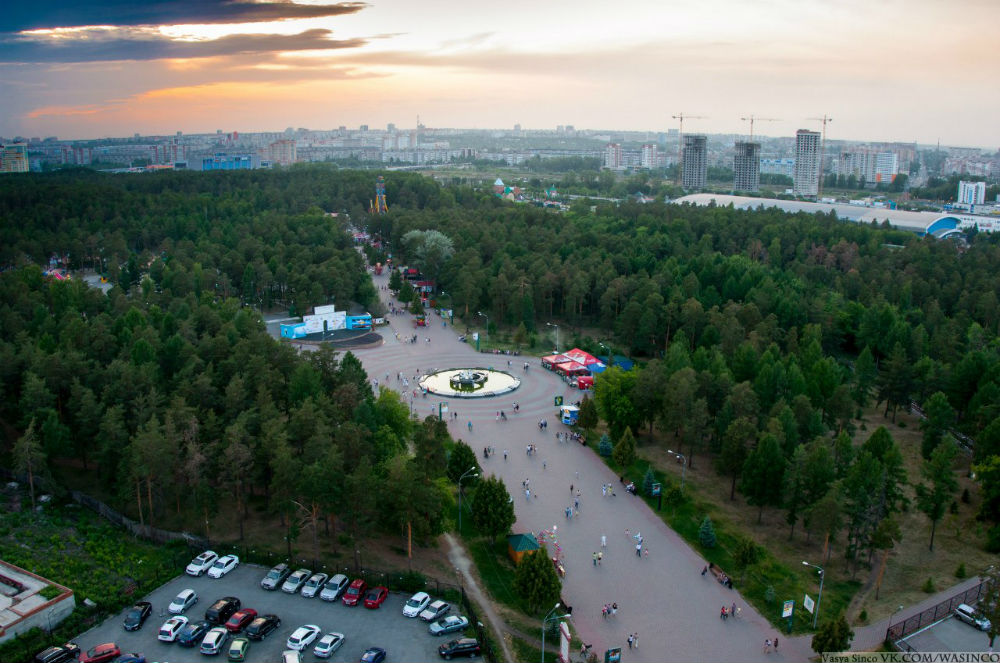 3. Park of culture and rest named after Gagarin

It is not for nothing that the Southern Urals are called “the second Switzerland”: here, like in the Alps, there are both old low mountains and endless forests. There is a piece of this nature in the industrial Chelyabinsk. The Gagarin Park of Culture and Leisure smoothly turns into a city forest, stretching for many kilometers to the west of the city center. But those looking for entertainment do not need to delve into the labyrinth of old paths, on which Chelyabinsk citizens themselves sometimes get lost. There are no mountains and rocks in the PKiO, but here you can feel like a real Tarzan: the cable cars of the Forest Extreme attraction are stretched over a large part of the “civilized” territory of the city pine forest. Put on your climbing harness – and forward to the trees! Fans of outdoor activities will surely appreciate the opportunity to rush in a “bungee” over the heads of passers-by or over the smooth surface of an old pond, then climb the rope net even higher, where next obstacles (but surmountable even without special preparation) and adventures (which will probably end well) will await. 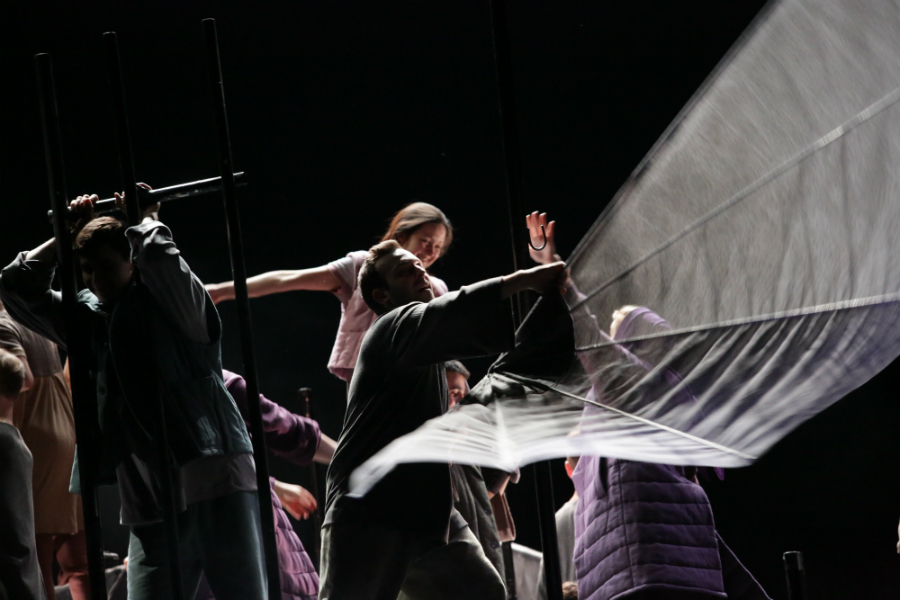 Lovers of cultural leisure who have arrived in Chelyabinsk are certainly advised to visit the Naum Orlov Drama Theater. The oldest temple of the muses in the Southern Urals (96 years old!) And today pleases connoisseurs of drama, comedy and tragedy. The theater’s repertoire includes performances for every taste – from the classic Hamlet to the modern Lady for a Day by the popular director Dmitry Astrakhan, and famous troupes of a federal scale perform here on tour.

Connoisseurs of informal art will find pleasure to their taste in the Palace of Culture of Railway Workers – the theater-studio “At the Steam Locomotive” has been working here for many years, and local amateur actors regularly perform amazing plays. In front of a small, only fifty seats, hall “locomotives” present daring, young works – “The Last Woman of Senor Juan”, “Salute to the Dinosaurs”, “We Are Different”. And although formally the status of the studio is amateur, the intensity of passions on the local stage is no lower than that of the honored pros.

Drama site. Orlov Theater: cheldrama.ru.
Page in the social network of the theater studio “At the steam locomotive”. 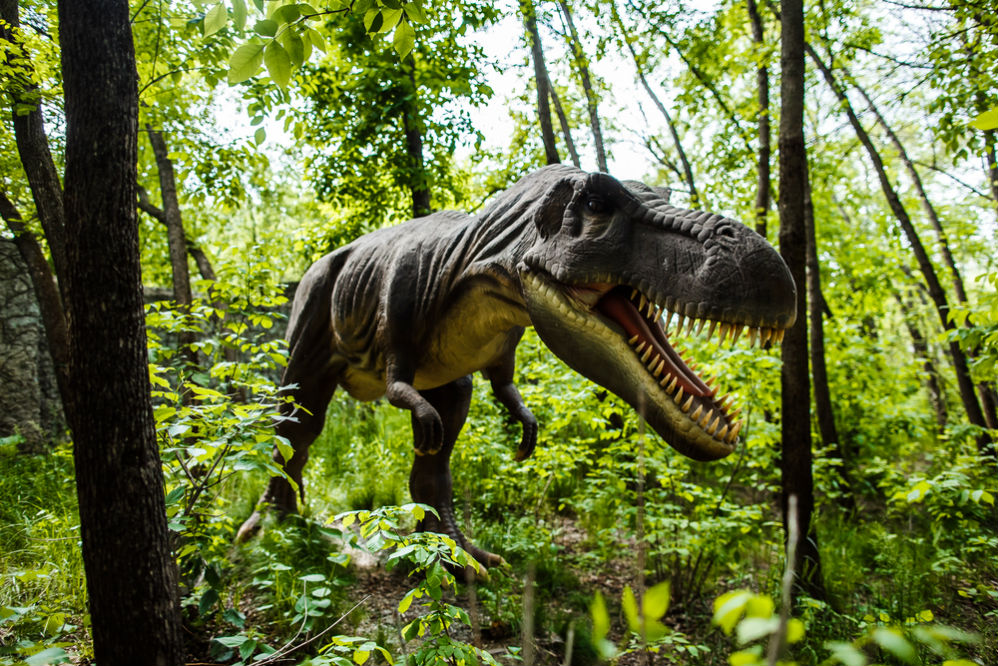 Remember when we talked about mammoth tusks in the local history museum? Visitors to the Gagarin Park of Culture and Leisure can plunge into the Earth’s past even deeper than lovers of quiet historical exhibitions. Having finished with “Forest Extreme”, those who wish can get into the Mesozoic era on the territory of the Dinopark “The Lost World”. Yes, dinosaurs are not really real here. But nevertheless, thrill is guaranteed even for the brave: few beginners are able to maintain self-control when a two-meter oviraptor meets him with a pincer-toothed grin, eerily similar to a miniature copy of the famous Tyrannosaurus, who made himself a punk Mohawk. And this raptor is screaming from the loudspeakers disguised in the grass … And how it snaps its teeth! But don’t be alarmed, it’s just that this fossil protects its future cubs – there they are, eggs, in the grass under clawed paws.

However, in The Lost World, there are plenty of peaceful monsters. For example, the ducks in the local pond have long been accustomed to being close to a plesiosaur (yes, the same Loch Ness monster!), And they do not hesitate to pick up bread crumbs from the water right under the flippers of an ancient reptile.

In Chelyabinsk, of course, there are fast foods of federal and international brands – from McDonald’s to Subway, but locals often prefer them almost homemade food. For example, from pizzerias “Tomato”, which can be found in any corner of the city. Cheerful young guys and girls will quickly and tasty feed any of two dozen signature pizzas here, prepare pasta and other masterpieces of Italian cuisine, willingly serve a glass of limoncella or a tomato drink as an aperitif, and after a meal – tea or coffee with dessert, but there will be a desire – and beer from home breweries. Here they are deservedly proud of the repeatedly won “Golden Fork” – the city culinary award, the laureates of which are determined annually. But “Tomato” also pleases with a relatively low price tag: for 250-500 rubles per person, you can arrange a real feast here, and you can find pizzerias at the beginning of Kirovka in the historical center of the city, and in the area of ​​an extensive park of culture and rest, and in Kalininsky or Traktorozavodsky districts – if someone wants to look at the power of the former Tankograd. 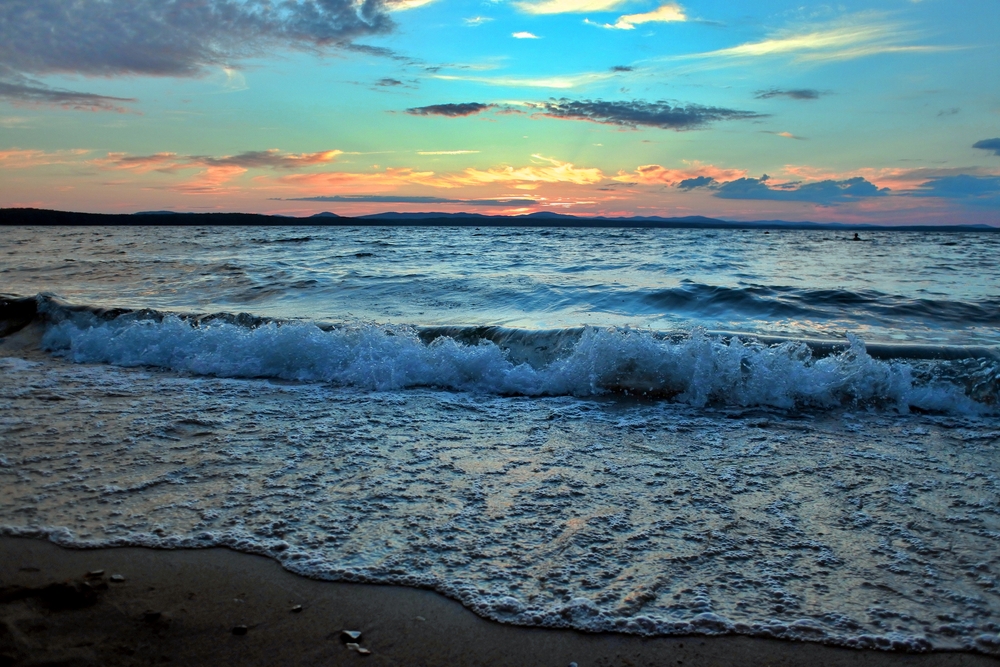 The Chelyabinsk region is called “the land of a thousand lakes”, but the city itself was not lucky in this regard: there are reservoirs, but you can swim in them only having stocked up on a serious degree of Chelyabinsk “severity”. They say that even the elephants from the Warsaw Zoo, splashing around in Lake Smolino, were not very happy.

However, there is a way out for beach lovers. Route taxis from the center will easily take those who wish to the sun, air and water – for example, to Lake Kremenkul.

Formally, this reservoir is located outside the city and private cottages have long sprung up on its banks. Here at the service of those in need are official and “wild” beaches, numerous cafes, parking lots, barbecue zones and other gifts of civilization in the bosom of nature. The main thing is to guess with the changeable weather in Chelyabinsk, because the dry calm in a matter of hours can be replaced by a biblical flood. Which, however, has its own charm. Sea dolphinarium, cypress lake and the remains of the ancient city: what to see in Anapa in 2 days

Anapa is a city with a rich history, a variety of natural and man-made attractions. The name of the city, according to different versions and from different languages, is translated as “the edge of the table” (the city visually resembles the ledge of the table), “crying of a mother” (there… What to see in Yekaterinburg in two days: 14 most curious sights More than a million people live in Omsk. It is the eighth city in Russia by the number of inhabitants. It was founded by the Cossack Ivan Dmitrievich Buchholz in 1716. His detachment went to Siberia in search of gold. Buchholz, having reached the confluence of two rivers – Omi…